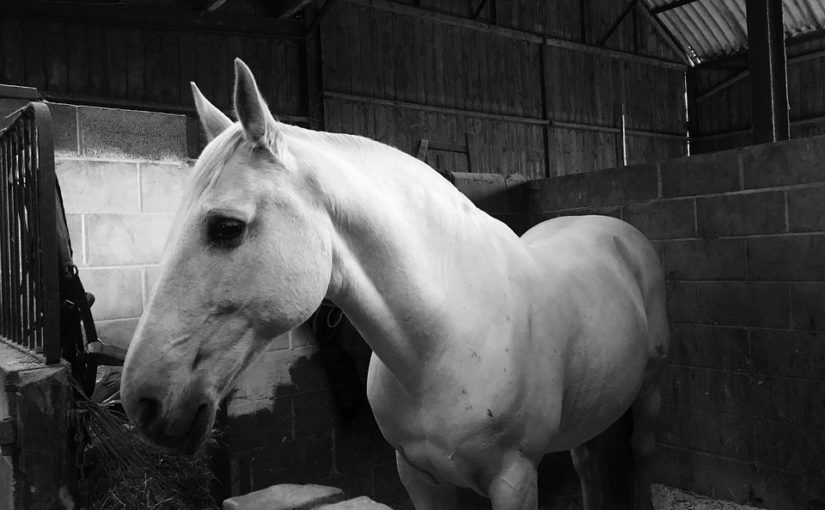 The Lusitano is a Portuguese Horse Breed that is commonly found in Europe. Regarded as flexible, quick and brave bullfighting horse as well as a Dressage and leisure horse. As the oldest European breed, the Lusitano looks back at a long thread of traditions of its breeding history. Which includes being involved in cattle work and bull-fights.

Today the Lusitano is becoming more popular in Dressage not only because of its natural pleasant disposition for the challenging sport. But also because of its versatility, great mentality and rideability. Even in Indonesia, we have some amazing Lusitanos showing of their skills in the dressage arena. Riders such as Dara Ninggar Prameswari, Nadya Zax and Mira Warganegara to name a few, have proven the quality of the breed in many dressage events in Indonesia. Also in Germany the Oldenburg Verband has recently approved the Lusitano stallion Dragao to become a part of a breeding trial.

Doesn’t matter if it’s showjumping, eventing, show or driving, with the specific schooling the Lusitano is an allrounder. They are regarded as a breed that is closely linked with elegance, power, tradition with a noble character. Proving themselves through its good nature, high concentration, courage and docility. Traditionally, Lucitanos were trained as bull fight horses, and up until today they still own the characteristics of their ancient custom which is alertness, agility, courage and motivation.

The Exterior of the Lusitano

The Lusitano has an average weight of 500 kg and a square format with medium length body parts. It shows a general rounded form in all areas and also a slight convex appearance in the head profile, neck, the croup and the tail. The average height of a six year old stallion is 160 cm and the average height of a six year old mare is 155 cm. Generally the Lusitano types today portray a quick, flexible and modern riding horse. The head appears with a slight convex nose profile, big impressive eyes and fine, medium length slim ears. The neck is medium length and strong, proportional with the body. The most common coat colors are brown and grey in all shades. In some cases Lusitanos can also have a chestnut, black or palomino color.

The breed is also very successful in the two day event of the Working equitation. A 3 phase sport over 3 days, with and extra section of a cattle round. Designed to test horse and rider over a range of obstacles, movements and flatwork. Flatwork movements and obstacles, make horse and rider work together, as traditionally they would have been working the fields, farms and cattle. On the whole, the competition is a combination of horsemanship, submission and control of the horse.

Here are snaps of two Lusitanos in Indonesia 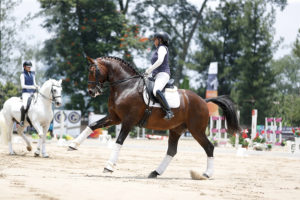 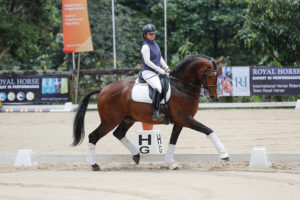 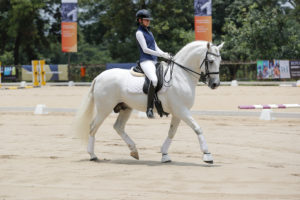 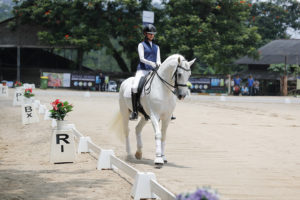 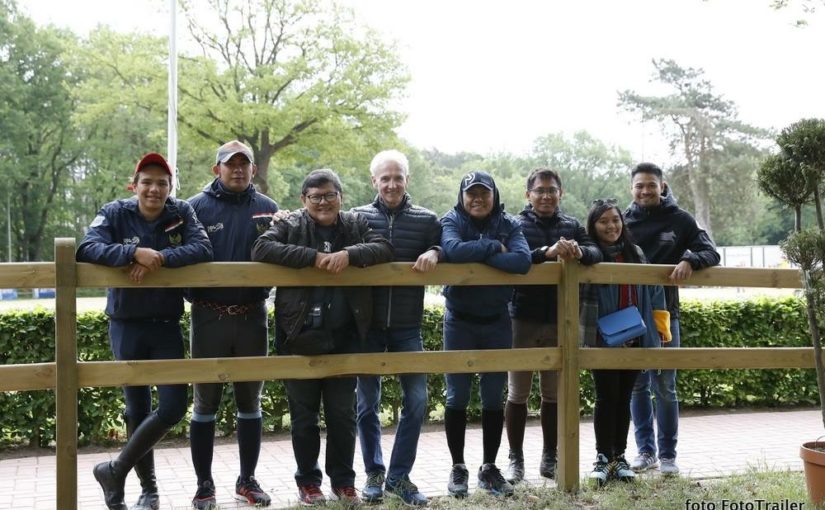 What a year its been for Ian Fearon! From guiding Indonesia to their Asian Games 2018 journey, to te... 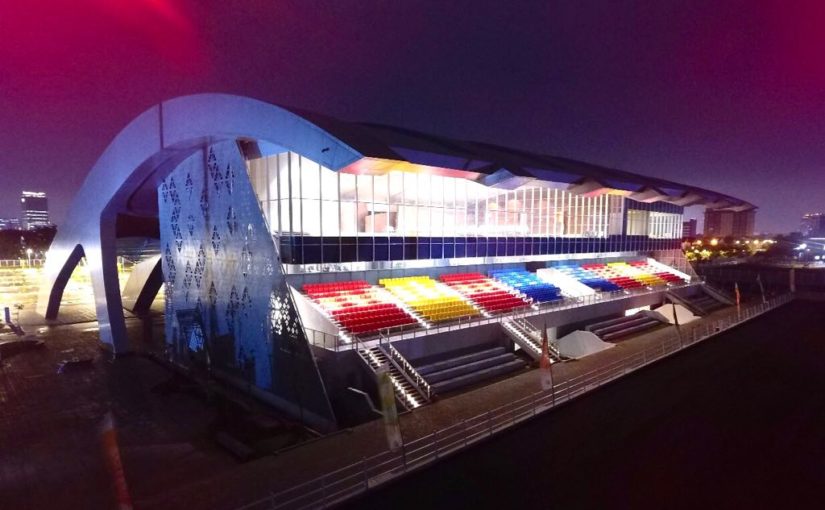 We’ve recently shared JIEPP’s latest pictures and in addition to that, look at what it l... 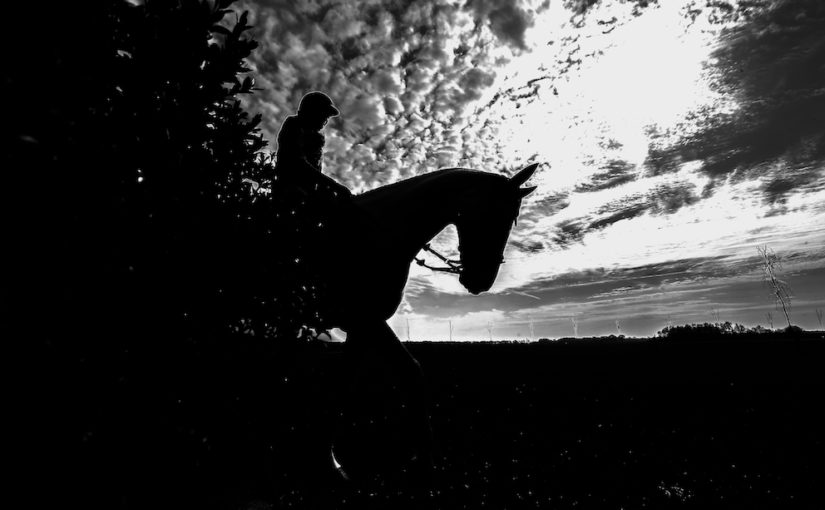 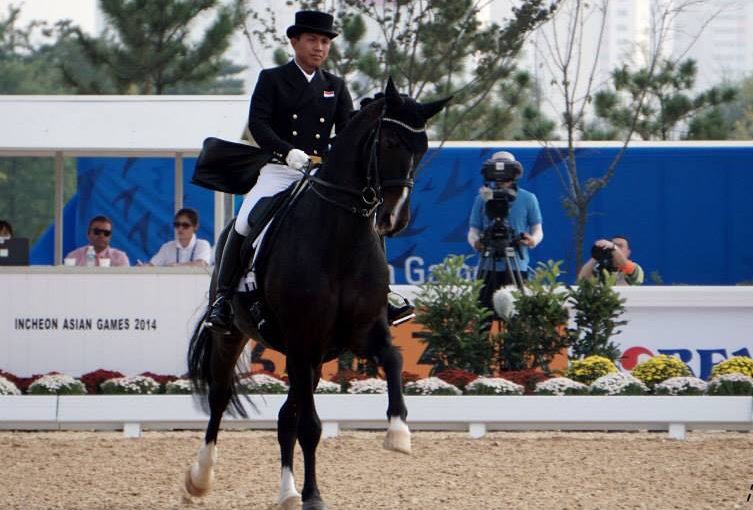 Alfaro Menayang is one of Indonesia’s talents who has represented the country in various multi... 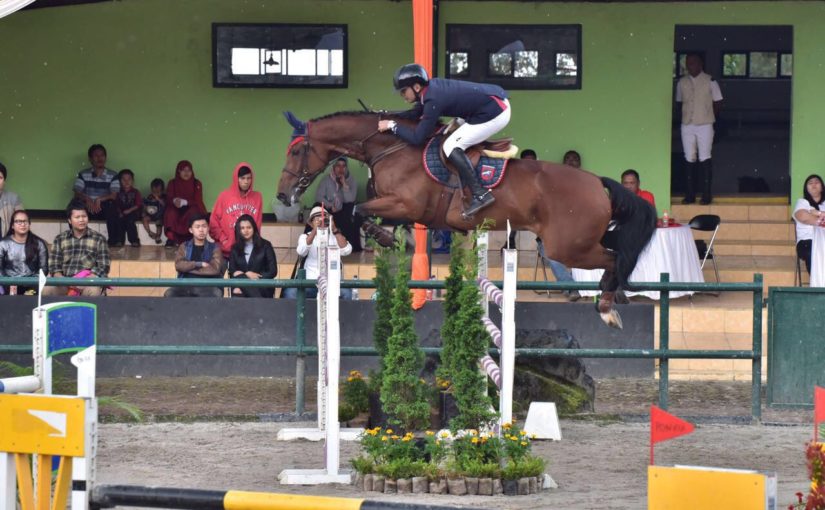 The first Indonesian Qualification for the Asian Games comes to a close. They will soon continue the...